Memoirs of A Repentant Hooker: Episode 5

It’s Saturday. I love Saturdays; who doesn’t? I had just woken up with a loud bang on my head like the sound coming out of a pendulum hitting the walls of bell.

I didn’t have the best night but I never had the worst. All through the night, my mind was clouded with thoughts I couldn’t place. That seemingly minute experience I had with Sola really spoilt my mood. My memory was refreshed and it was as if I was digging my hands into my brain to remember so many hurtful things that had taken place in my life.

“Hey, how are you feeling now?” Amaka said handling me a hot cup of coffee.

“Sorry ehn. Is there anything else you would like me to get you?”

This girl and her over-pampering abilities, chai!

“Anyways Amaka, I am fine o!” I replied her.

“Well, if you say so.” She said leaving for the bathroom.

I was surprised she let the matter slide without probing any further. That is very unlike Amaka. I took a sip from the coffee; Amaka does make good coffee, even if she no sabi any other kitchen chores.

I was really tired and wanted to sleep again but Korede Bello’s “God Win” blasting from somewhere in the room diverted my attention; it was definitely coming from my phone. That’s my favourite naija hit for now and now my ringtone; no time!. . . I could hear Amaka’s cocky voice humming to it. . . E sure me say if that girl release a track, na only me go download am just for love sake not to talk of an album.

“Where the hell is the phone sef?”

“Under the bed.” Amaka screamed from the bathroom.

“And who dropped it there?”

“And is that a question for me to answer? Well then, you might want to ask your humble self rolling over the bed like a possessed being. An obvious indication that you are fine.”

“I don turn aproko now abi. No wahala na. Make I get out of this bathroom.”

“Amaka, I no get your time this morning o, I no even sabi wetin you dey wash since morning.”

I finally found the phone under the bed and guess who had been calling since yesterday, leaving me tons of apologetic texts; it was Sola!

“For God’s sake, do I need to vomit ‘I am not Angry’ into this guy’s ears before he understands that I am not angry? Sbi what? It’s enough he had to make me feel terrible about myself and a lot of sinking deep into the past being done, but seriously, Sola, gimme a break!”

“Wow! Guess he really needs to hear the last part cos ain’t no Sola here” Amaka said with her micro-mini towel wrapped around her body.

“Walahi Amaka, I’d kill you this morning.” I said, pouting my face into hers.

“And I’d gladly die for your sake. Gosh, for crying out loud, just admit you pissed, it’s okay to be mad; it’s okay to confess you not feeling fine. Sola or whatever him papa and mama name am is a fish and I’m sure he’s somewhere pretending to be sorry yet he’s having fun while you are here reading those texts of his that are not an inch close to apology. You are my girl, and no guy tries shit with my girl.”

“Shey na wetin you go talk be that? Your good heart go kill you one day. Whether you like it or not, at a point in life, you’ve just gat to offend some people o and make enemies if need be so far it’s for your good.”

“Point well taken Prof. Amaka.” I said, goggling my eyes like someone with a peg in there.

“You for wait na. I’d have shown you some dullness.”

“And you need to dress up bae, we are going out!” Amaka said, shouting at the top of her voice from the room.

“And where the hell would I be following you to? Mtcheeew! I’d be damned if I dress up!”

“You should be!” she said locking up the room door!

“Amaka, open this door now o!” I said with my fist banging the door.

Stupid girl; she already heard my footsteps! Sometimes I wonder, what would my life be without her? Less-stressful I guess.

“And you ma?” the bartender asked facing Amaka

“I’d like a bottle of Smirnoff and some well prepared cowskin. Emphasis on well-prepared o!”

Amaka is an ass! See the way she was ‘stronging’ her face like someone who dey beg shit to come out of her yansh. As if she had ate a bad ‘ponmo’ at the mini-restaurant/bukateria before! Kai! She can spoil business.

“Why na, what I do? Why are you looking at me like that? I was just being real, hello o!”

“Unlike you, ordering for a champagne when you should knack better alcohol to wash away that thing wey dey bug your mind; they form well-mannered girl for there!”

“Na you sabi. I actually thought you were going to Sola’s house to go do something crazy.”

“Well, I will. Maybe not today. I’d deal with him tomorrow.”

The bartender brought our order and while I was just glancing around, my eyes caught Sola and Jide with a plus one which should either belong to one of them. They were sitting and chatting at a corner.

“Maybe you really don’t have to wait till tomorrow.” I murmured.

“We have company over there.” I said, shooting my eyes in the direction of Sola with Amaka’s eyes tailing the direction.

“Well then, are you ready to be a bitch?”

We both laughed, stood up from our seats, abandoning our order which was as good as not touched. With Amaka at
the front, I followed her. Dada no fit fight but e get person wey chop liver pass am.

“Hi!” Sola said with his heart definitely beating beyond normal.

His ‘hi’ was full of guilt; an ‘hi’ trying to contain a disease that may soon turn an epidemic.

“Hello, I am Ayobami. Sola’s girlfriend and you guys are?”

Now seriously, Amaka is being really bitchy. Shoo! Wetin the girlfriend do na and seriously, you’d know an insecure girlfriend when you see one! “Yai, Ayam Sola’s girlfriend” I murmured annoyingly” stupid girl.

“Errm abeg, my time is precious! Who among you is Sola? I take it that you are the one.” Amaka said facing Sola.

It was written all over his face that he was uncomfortable and unstable. Guilt is a bastard!

“Do you know that you are a fool and an irresponsible boy and a beast!”

Did Amaka just called him a boy?. . . Now the conjuncts are getting too much! An indication that Amaka don dey take am personal.

“How could you molest someone who shared an open mind with you? You molested my friend here and its highly unacceptable to me. The fact that she won’t react doesn’t mean I won’t. Now you are here treating yourself to a meal with a chick who thinks you a great and faithful guy.”

At this stage, the girlfriend opened her mouth speechlessly and Jide likewise was just staring saying nothing. Sola on the other hand definitely doesn’t have anything to say.

“You’ve got something to say to me or my girl?” Amaka asked.

“Oh! Nothing! You think you can go about sending stupid apologetic messages and you think that’s all? This is a huge warning to you, stay away from my friend, do I make myself clear?”

“I guess that silence meant a yes!”

“Sola, what do you have to say. I really don’t understand. Are these ladies saying the truth?”

Now, the girlfriend is getting emotional. An indication of high disappointment maybe not for what he did to me but the unfaithfulness. She grabbed her bag and cried out running off slowly in her 3 inches heels.

“Ayo please wait!” Sola screamed!
Now the unexpected happened! Jide hit Sola on the jaw and he landed on his ass.

“I am disappointed in you!” Jide screamed.

“Ouch!” Amaka said definitely with a smile! Stupid girl. She was having fun and we were creating a scene in someone’s business arena and the bartender was walking towards our corner.

“Hi, I am Amaka Coker” stretching forth her hand to Jide.

“My kind of man! I love some Jack Bauer” Amaka said winking at me with Jide smiling back.

“What’s going on here please! You distracting our customers and making a mess of our restaurant.” The bartender said.

“We are so sorry man! A stipend for your trouble.” Amaka said, dipping some notes in the guy’s pocket while she walked away with Jide at the front and I followed at the back.

“Fuck you Sola!” I said bending down to him with his ass on the ground.

“And these two just stole my show!” I murmured running after Amaka and Jide. 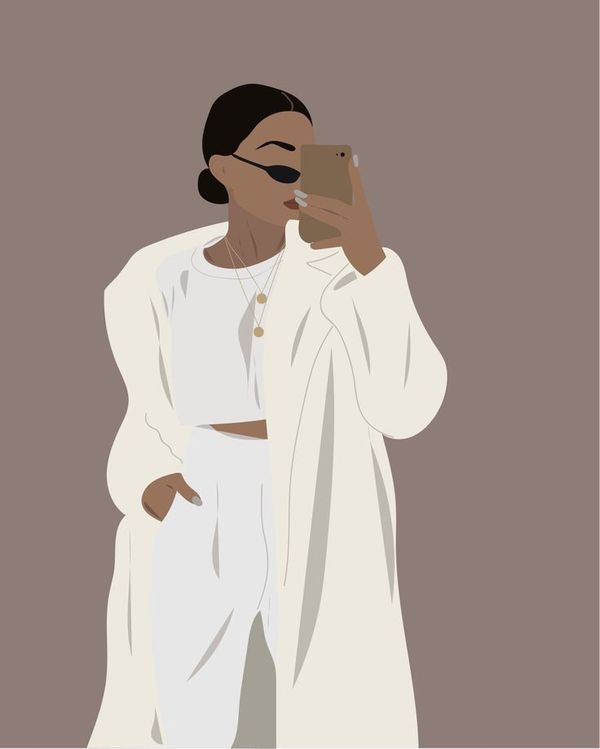 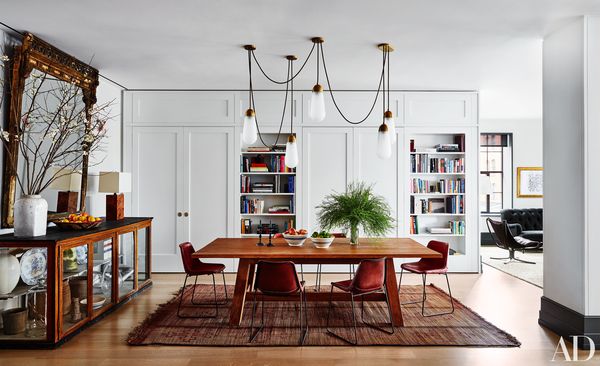 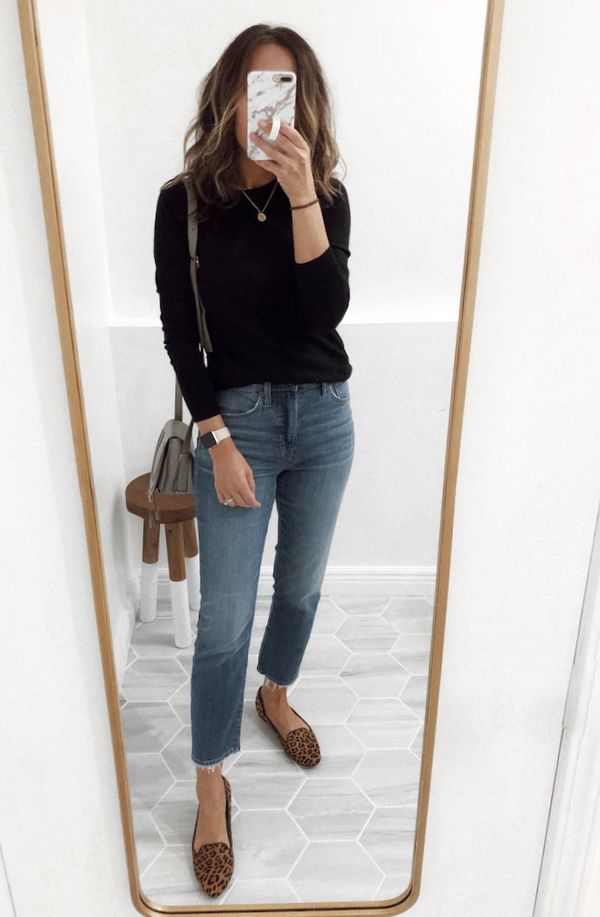 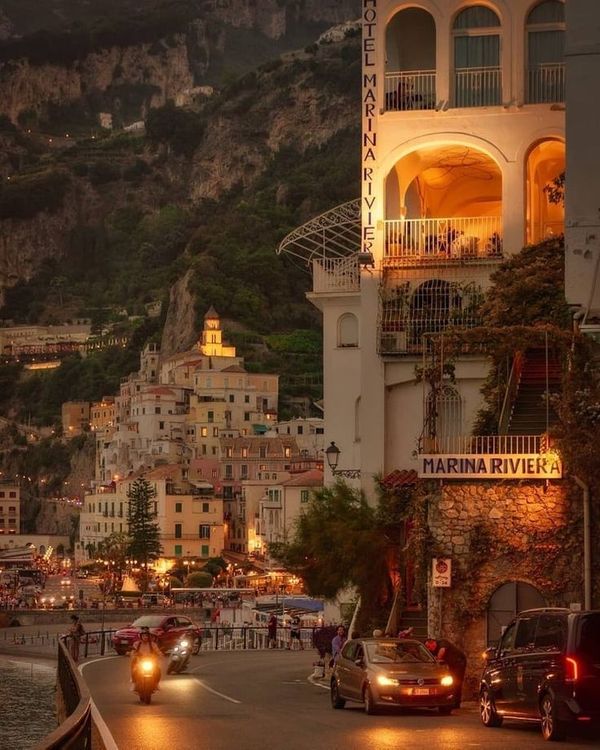 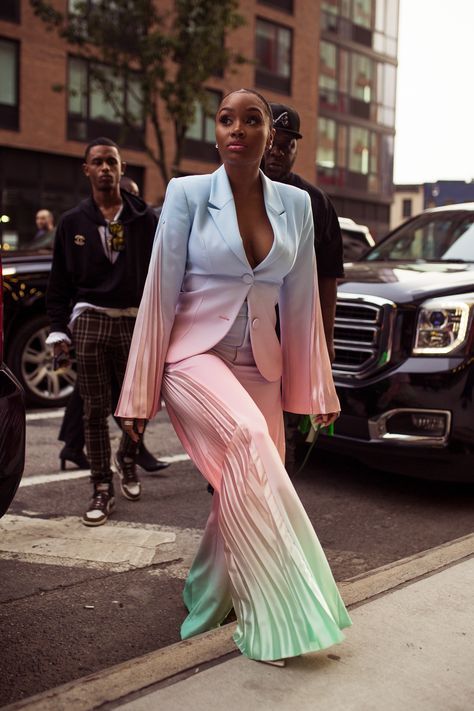 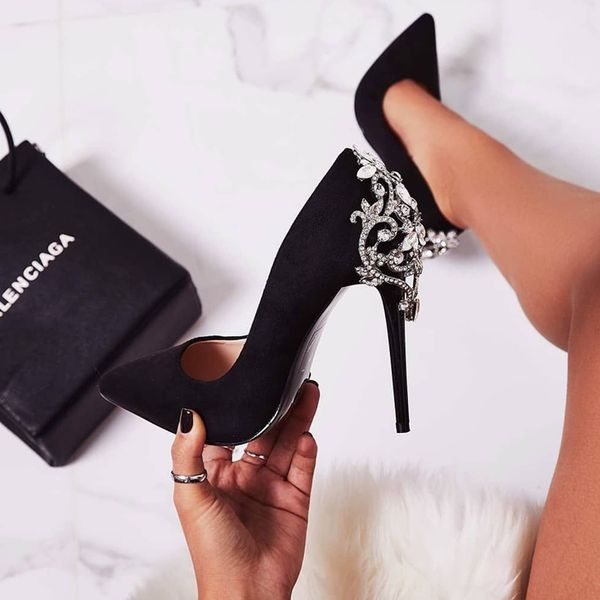 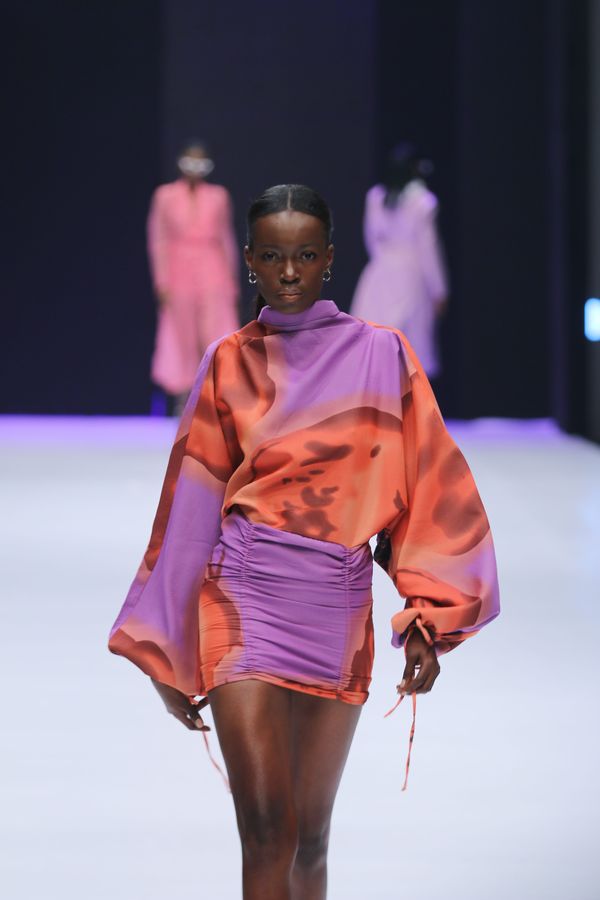 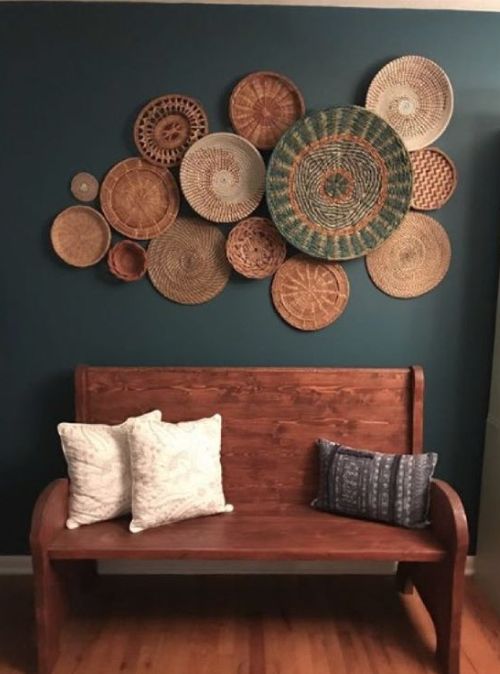 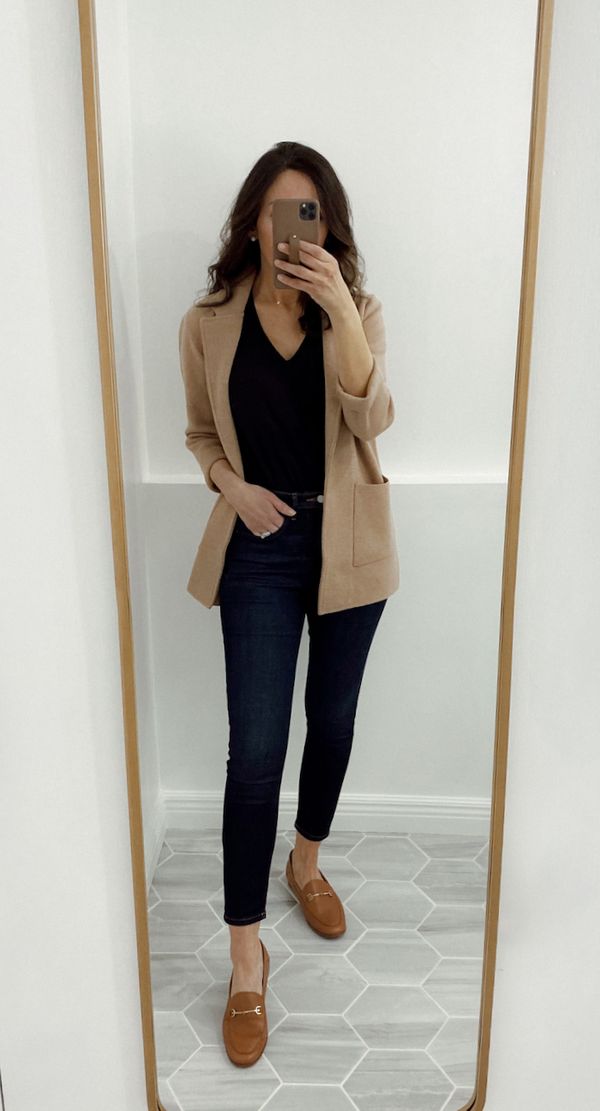 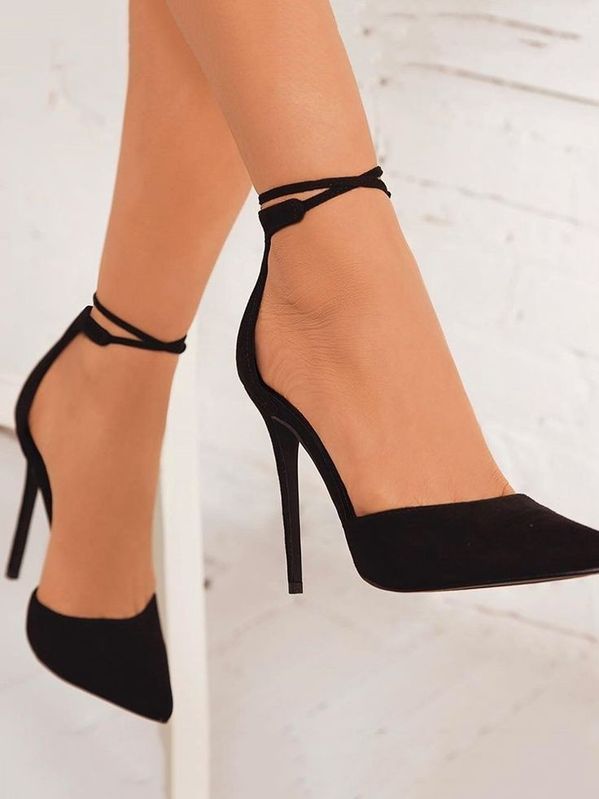 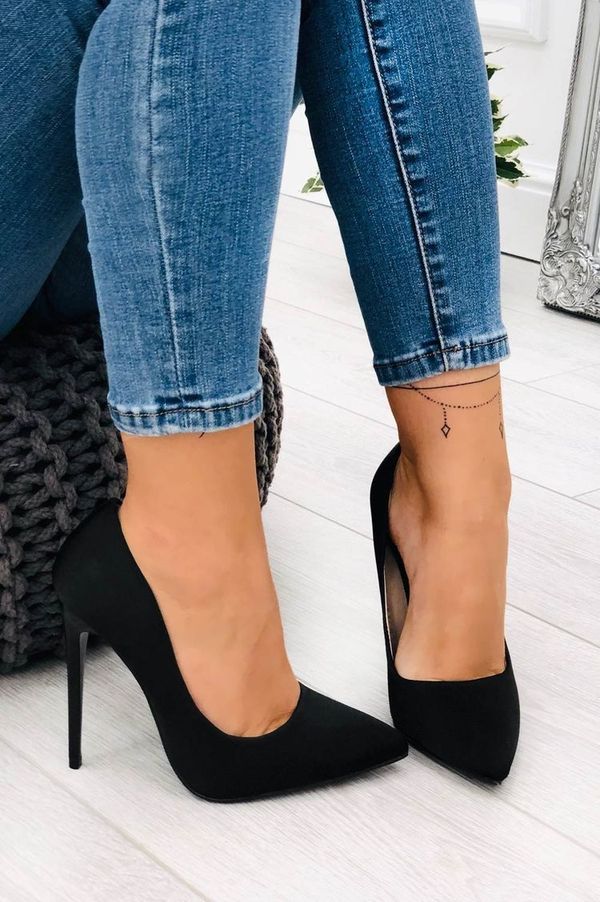